It was exactly 14 years ago today that I made THE best decision of my life. I left my ex-boyfriend (a.k.a. Montreal) packed up my car and moved to what has been the longest standing relationship of my life; Toronto.

We met for the first time through my best friend’s brother in 1999 and we dated casually for a while; couple of dates a year, lots of daydreaming, flirting and wondering what it would be like to be together, but then on our date in late 2002 shit got real, and it went from casual to let’s move in together, so that’s what we did! Within the first two months he found me a great job, an amazing apartment and all the excitement of a new love.

Since then, there’s been many highs and lows. Like any normal relationship, you’ll hit a few bumps in the road now and then – I started to wonder if maybe I needed a break, a change to see what else was out there (this thought usually came to me after every long winter and every aggravating subway ride, oy). So, what did I do? I took on a lover, obviously, the first of 2 actually (don’t judge me!).  The first lover was Firenze. A gorgeous and romantic man with incredible depth. I fell in love with the idea of him many years ago but in 2009 I moved there for a 6 month stint to meet him in the hopes of falling in love. He also promised to kickstart my fashion career and so I took a leap of faith. Oh, it was an amazing and life changing experience, but at the end of 6 months he dropped me like a hot potato. Ugh! I realized I was just another foreign lover notch in his Italian made leather belt.  So, I packed my bags and moved back to the one I knew would always take me back.  I offered a heartfelt apology and boom, I was back in his good books.

Toronto and I are great together and we picked up where we left off but I clearly didn’t appreciate all he had to offer. I totally took him for granted ’cause 3 years later, in 2012, I decided to leave again, this time it was for good…or so I thought.

I always felt like there was something missing between us, and on top of that, I always had a weakness for Italians. There was a magnetic pull I couldn’t deny any longer. This is where my second lover comes in. Roma was different 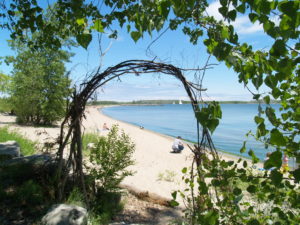 from Firenze. He was bolder, wiser, incredibly charming and he made my heart flutter.  I decided I needed to make a drastic move to shake things up. I quit my job, sold my car, gave up my apartment AND crated up my Coco le chat and bought a one way ticket. This was it, the beginning of the future I had always dreamed of!

Boy was I wrong! After a year of trying and pleading to make things work and after many fruitless attempts, I realized Roma was never going to be what I wanted him to be. I wasn’t just his party girl, his arm candy for his exciting social life.  Don’t get me wrong, it was a helluva social life; fashion shows, music festivals, dinner at the coolest restaurants, parties on the beach… I met Sylvia Venturini Fendi for god’s sake! Yes, he was the real deal. He also introduced me to some of the coolest and most incredible people who are, to date, some of my best friends. But the truth of the matter was that he couldn’t commit. I needed more, and he just couldn’t give it to me.

I made the heartbreaking decision to end it.  The choice to leave was bittersweet. I didn’t want to leave what I thought would be the backdrop of my entire future, but I was missing Toronto so bad by that point that it was the obvious decision.  So Coco and I packed up and came back, again, to the one and only. As happy as I was to come home, I sadly realized the Italian dream was over.  Luckily, Toronto was waiting for me with open arms. What can I say, he’s a fool for me 😉

On the plane ride back I wondered if I fought hard enough.  Just as that doubt was going through my head, I realized we were about to land. I looked through the window, saw the beautiful skyline and an overwhelming sense of peace came over me.  That’s when I knew Toronto and I were meant to be together forever!